Yatsurugi Hachiman Shrine, which deifies four gods, including Yamato Takeru no Mikoto, and one goddess, is beloved by locals as the guardian shrine of Kisarazu. In establishing the Kamakura Shognate, Minamoto no Yoritomo donated the land for the construction of the shrine. In 1591, Tokugawa Ieyasu bestowed on the shrine 3.2 koku (land units) of land.

During the Siege of Osaka in 1614, boatmen from Kisarazu played a remarkable role that contributed to the win. Ieyasu attributed this to the help of the shine and donated a bronze bird to it in response. Cultural assets of the shrine include a total of 162 pieces of decorative painting created with an authentic technique of the Kano School, which was supported by the Tokugawa Shognate, on the lattice ceiling of the front shrine. The big portable shrine created in 1850 is described as the largest portable shrine in the Kanto region.

This historic shrine rebuilt its old office to complete the Sanshuden building in 2018. The wooden boards used on the ridge-ends of the roof are designed to represent the faces of Yamato Takeru no Mikoto and his wife, Oto Tachibana Hime, who appear in the myth of “Kimisarazu,” after which Kisarazu is named. Sanshuden, which has a large hall and a meeting room, is available as a unique Japanese-style venue. 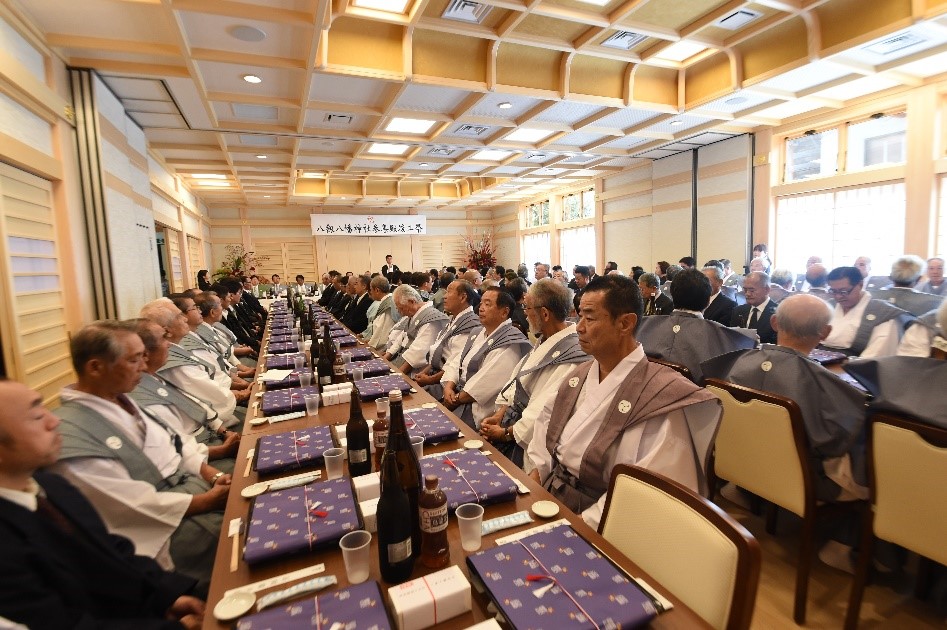 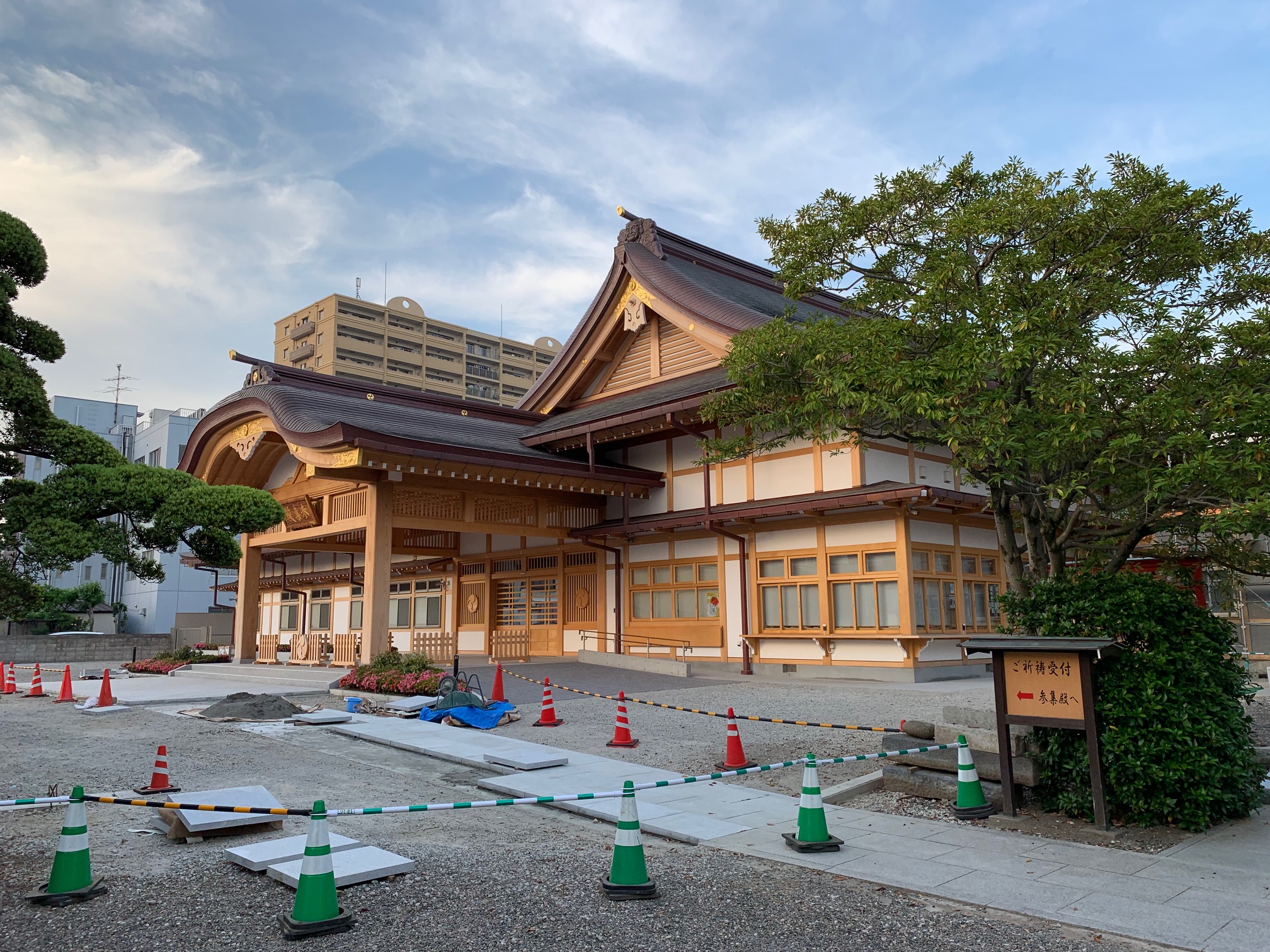 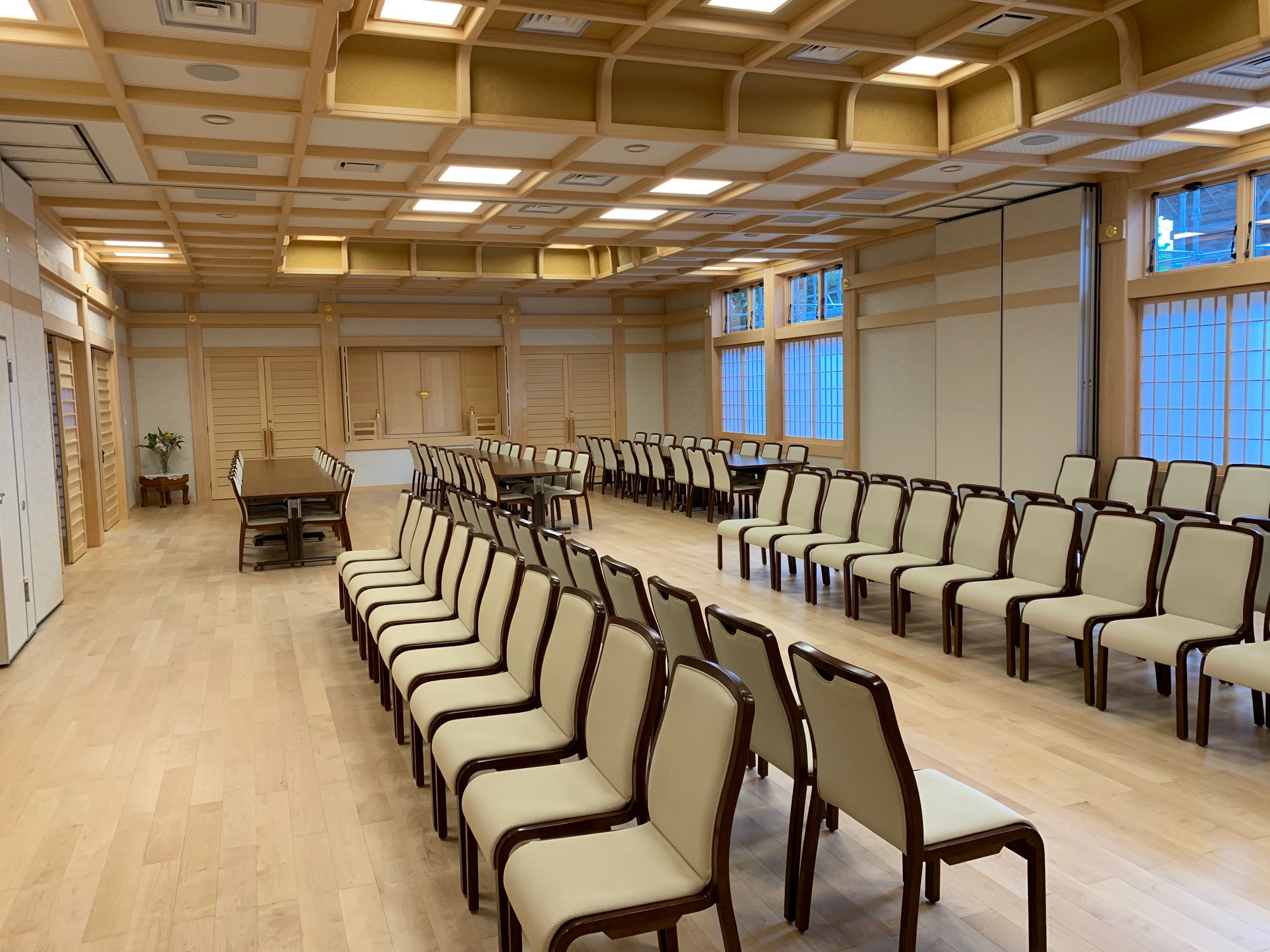 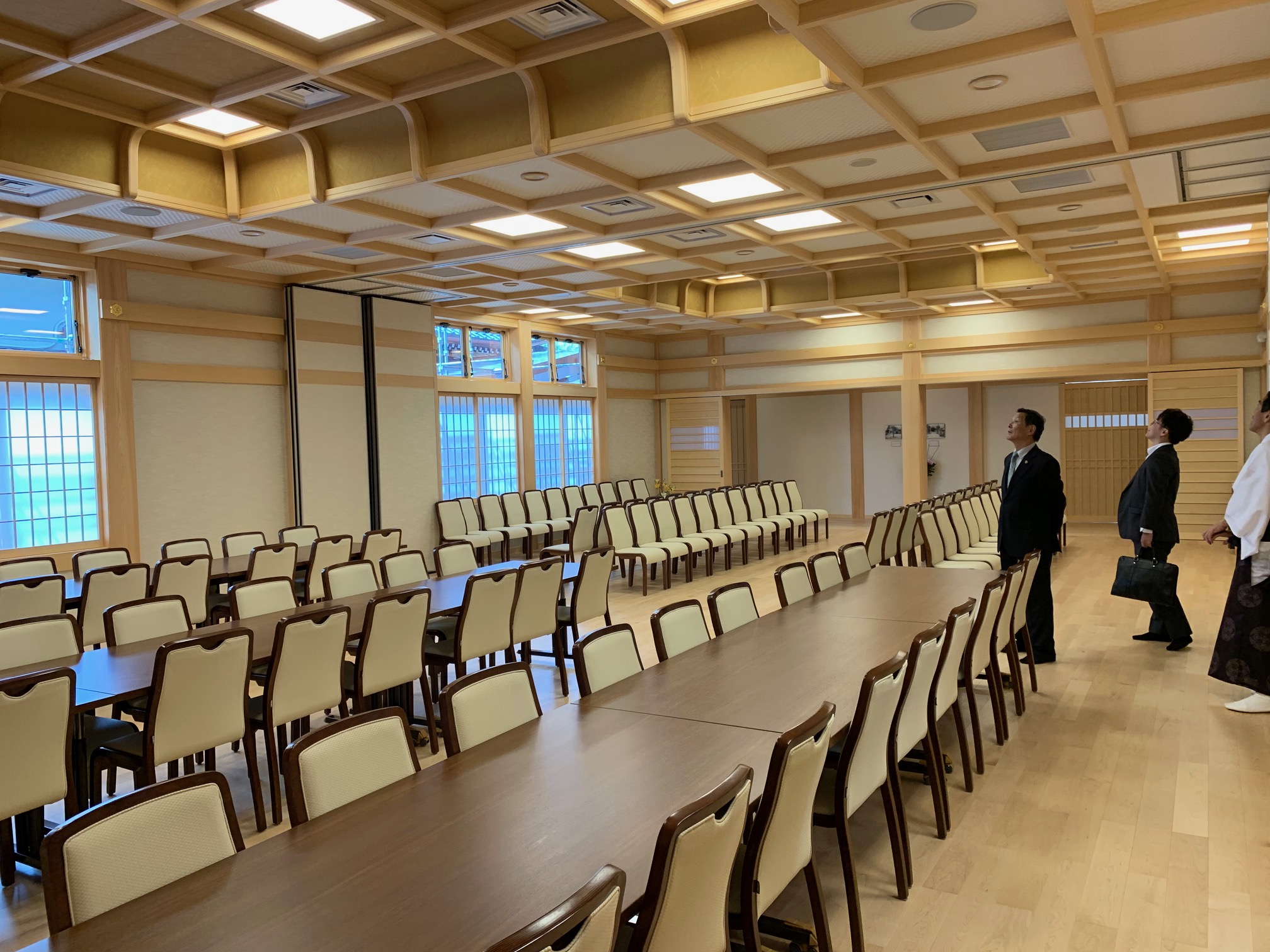 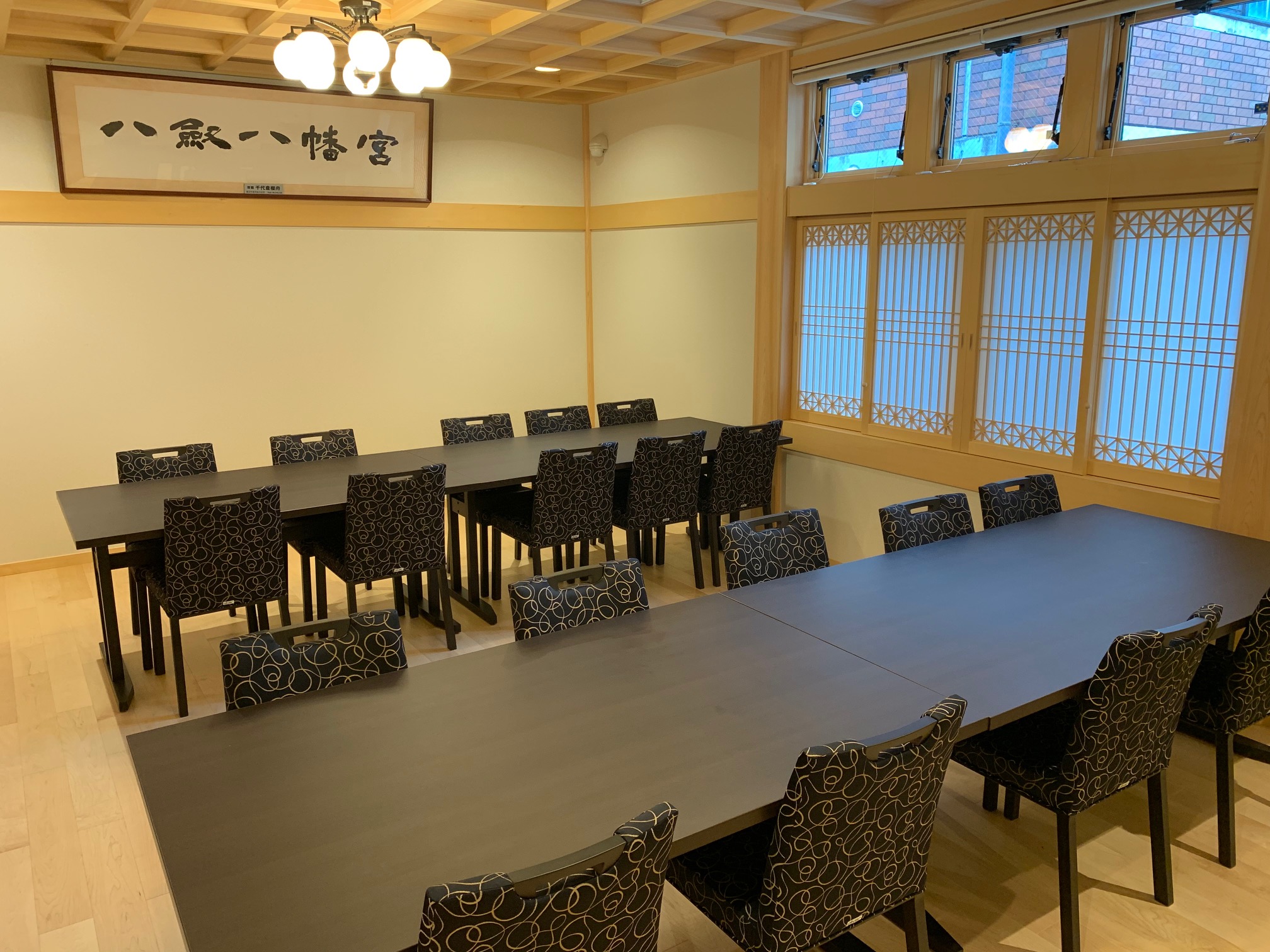