Tweet
Economic impact of about 200 million yen
For the first time in Asia!
The “38th CID-UNESCO World Dance Congress 2014”
A world-class dance event to spread “Love, Hope, and Peace” 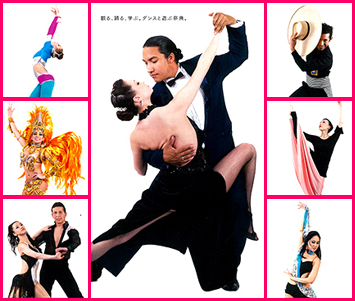 “CID-UNESCO” is a public organization for different styles of dance from all over the world and it presently has 4,000 members and 600 member organizations from 155 countries around the world with members including students, teachers, choreographers, and dancers. "CID UNESCO" is the world's largest dance-event-type international conference held to promote peace regardless of nationality, age, sex, or occupation.

Efforts towards project bid paying off for the first time

Introducing for the first time“Urayasu”, the new MICE destination

During the “Meet Japan” (international key person familiarization tour) held in 2011 hosted by Japan National Tourism Association’s (JNTO), business negotiations were done with officials from the CID-UNESCO International Headquarters in Greece and they were introduced to Urayasu City, which had just been designated as a International Meeting and Tourism City in 2010. At the welcome reception “Urayasu Night” organized by the city of Urayasu for that occasion, the Mayor of Urayasu City himself introduced Urayasu’s appeal as a new MICE destination to the organizers. After that, while our Foundation worked continuously together with Chiba Prefecture, Urayasu City and JNTO to attract the event to Urayasu, we demonstrated the city attractiveness based on its convenient access to both airports of Narita and Haneda, the Sheraton Grande Tokyo Bay Hotel that could be used as an excellent venue, and the area’s abundance of accommodations and amenities aimed at foreign travelers. All the persons in charge of MICE in the prefecture worked as one and showed their will to welcome the event leading to the success of Urayasu bidding.

*The term “International Meeting and Tourism City” refers to a city providing an attractive structure for international conferences and others, equipped with facilities and accommodations where international conferences can be held and also certified by the Director of Japan Tourism Agency as a municipality having attractive sightseeing ressources in its surrounding area. Chiba Prefecture is the only in Japan to have 4 cities (Chiba, Narita, Kisarazu and Urayasu) certified as International Meeting and Tourism Cities(*), offering venues that can meet the needs of all the organizers. 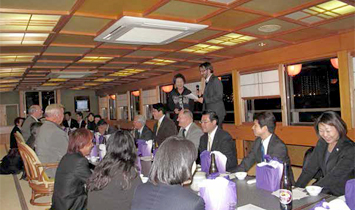 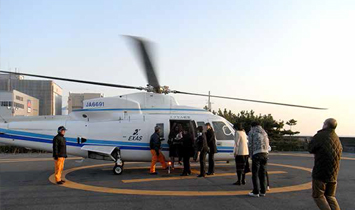 This congress is the first project to be successfully attracted by using the “Chiba Prefecture Convention Subvention System” which was newly created in 2011. In Chiba Prefecture, subsidy/grant systems from the prefectural government, municipal governments, and CCB-IC are available for the holding of international meetings. 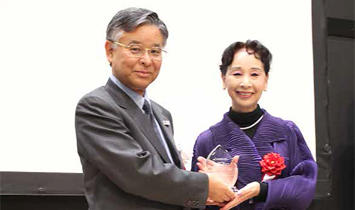 In FY2012, the “International Congress Bid Contribution Award” was received from JNTO, this ward is aiming at promoting public awareness of international conferences to the general public and raising social evaluation of the city and the promotion agency.
The evaluation was based on the fact that this meeting mainly held in Europe was brought to Japan for the first time and that this bid became reality through the opportunity created by JNTO’s Meet Japan operations.

The Sheraton Grande Tokyo Bay Hotel, which was the venue for this time Conference, is a Tokyo Disney Resort official hotel located just 15 minutes away from Tokyo Station. It is a resort hotel surrounded by the sea and greenery but also a superb location as MICE facility.“THE CLUB Fuji” which was the venue for this congress is a large banquet hall that can be accommodated for international conferences and conventions but also music events, it is one of the largest in Japan, featuring professional lighting and audio-visual equipment and was just renovated in September of this year. The congress organizers expressed their satisfaction regarding the “world-quality” of all facilities and equipment as well as for the technology and hospitality of each of the staff. 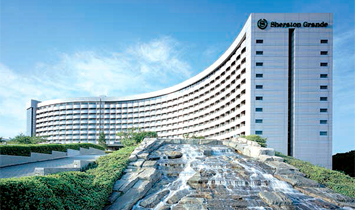 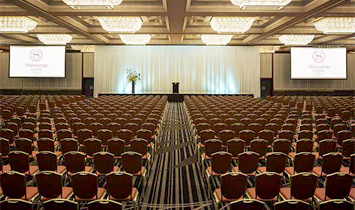 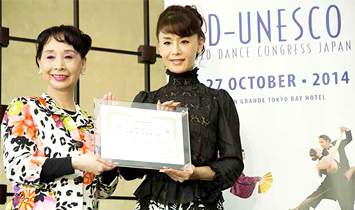 The Chief of the Ministry of Foreign Affairs Minister’s Secretariat Multilateral Cultural Cooperation Division gave a welcoming speech at the welcome party. In addition, the party was attended by world famous ballerina Yoshida Miyako, the actress Daichi Mao appointed as Goodwill Ambassador, and also Dave Spector and his wife Kyoko as PR and Goodwill Ambassadors.

OMOTENASHI by the whole region

This conference was actively promoted at festivals and events for two years before being held, informing local residents on the activities of the CID-UNESCO Dance Congress. One month prior to the event, it was also promoted during a special stage at the Maihama Ikspiari. At the opening ceremony, the Mayor of Urayasu City gave a welcome speech, and the “Osharaku Odori”, Urayasu local traditional dance designated as Chiba Prefecture intangible folk cultural heritage, was performed. In addition, support was widely implemented including local language volunteers explaining dances to foreign participants throughout the congress at the workshop, etc. From the bidding process all the way to the end of the congress, our Foundation worked together with the whole region based on the full cooperation of Urayasu to back-up this congress.
Participants made such comments as “I was touched by the chance to interact with Japanese Culture” and “I was able to spend days that were like a dream”. The organizers also expressed their appreciation to our Foundation support and to the maximum-level hospitality that was shown by the venue location of Urayasu and Chiba Prefecture, proving that our Foundation was also able to implement a support taking advantage of the network formed by the prefecture, city and local community, which is the selling point of Chiba Prefecture. 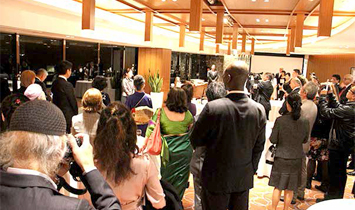 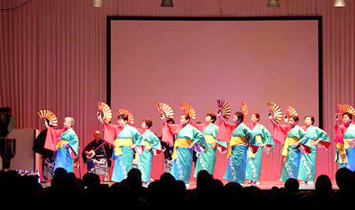