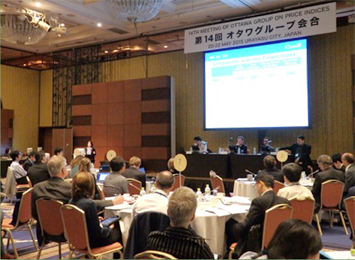 A meeting hosted by the Statistics Bureau, Ministry of Internal Affairs and Communications with the objective of exchanging information related to issues encountered by all countries government statistics officials on the establishment and practical use of an international notion and definition concerning the statistics to measure price variations such as for consumer price index and others.

Circumstances of the bid

Regarding this meeting, at the time our Foundation had participated to the "International Meetings Expo (IME)”, the only MICE trade show held in 2013 in Japan, information related to the meeting holding was obtained from the organizers who visited our booth.
At first, Tokyo and Yokohama were mentioned as locations to hold the meeting, however, thanks to the fact that the good access provided by Narita and Haneda Airport in Chiba Prefecture Maihama area and the “All-Urayasu” support were well-evaluated by the organizers, the bid was accepted.

Providing a Package Plan meeting the needs of the organizers

The Sheraton Grande Tokyo Bay Hotel, which was the venue for this meeting, is a hotel boasting first-class service offering the currency exchange, Wi-Fi environment and independent banquet hall that were strongly required by the organizers. During the 3 inspection visits that took place till the bid was accepted, the fact that this hotel proposed a customized business package plan to meet the needs of the organizers at a reasonable rate was a major factor in settling this time’s bid. “THE CLUB Fuji”, which is the hall that was used for this time meeting, is one of the largest banquet hall in Japan and it is equipped with sufficient equipment to accommodate the holding of any type of MICE, including large-scale international conferences or meetings of company, etc. In addition, apart from the 25 meters bar-counter and the fireplace space in the stand-alone foyer, original images are projected on the four-sided display allowing you to produce an even more splendid event. 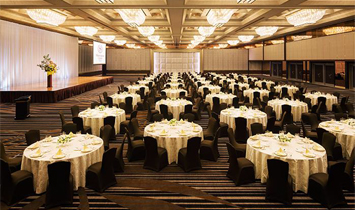 “THE CLUB Fuji” Offering one of the largest space in Japan and plenty of equipment. 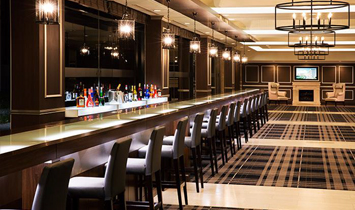 The content of this time support was the provision of Urayasu guidebooks and maps and also the provision at the welcome reception of the shochu (Japanese spirits) "Urayasu no Kizuna", which is Urayasu regional brand, then during the reception hosted by the Director of Statistic Bureau, Ministry of Internal Affairs and Communications, the “Urayasu Hayashi (musical accompaniment played on traditional Japanese instruments)” designated as Intangible Cultural Heritage by the city did a performance, so the “All-Urayasu” prepared by the City of Urayasu and the (c) Urayasu Tourism Convention Association added enthusiasm to this meeting.
During his welcome address, the Mayor of Urayasu promoted his city by saying that “Urayasu is the optimal city for both conventions and tourism”. The Director of Statistic Bureau expressed words of gratitude for the total support provided by (public corporation) Chiba International Convention Bureau and the city of Urayasu. 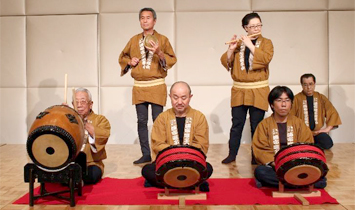 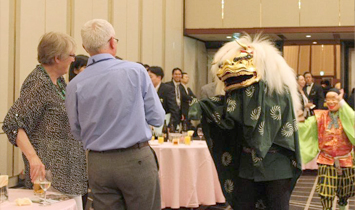 In addition, on the same-day before reception, in order to deepen meeting participants understanding regarding “Urayasu”, a shuttle bus was arranged from the hotel and an excursion to an entirely reserved “Urayasu Hometown Museum” was inserted in the program. The participants were looking with keen interest at the exhibits while listening to the explanations in English from the audio guides prepared by city’s volunteers. Also, even if it was within a short period of time, they were satisfied by the visit thanks to the boarding experience of a “BEKA ship” which is a small boat used for harvesting seaweed and other activities. 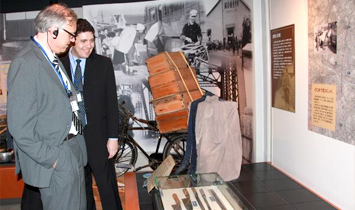 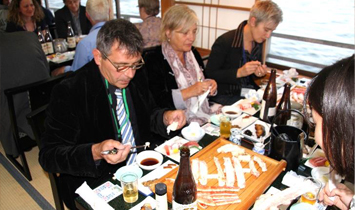 A Yakata-bune was used as unique venue for the social event held on the final day, and this time, as it was the first time to visit Japan for many participants, they enjoyed authentic Japanese food and karaoke on board and were also satisfied by Tokyo Bay's nightscape including the view of Disneyland from the boat.