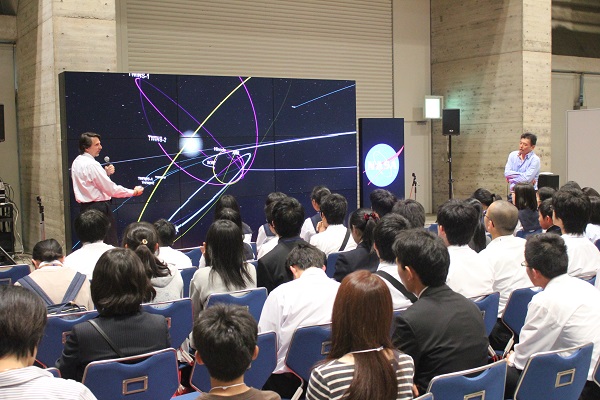 Japan Geoscience Union (JpGU）Meeting is an annual get together for researchers and students who study geoscience from all over the world. They are classified as “Space and Planetary Sciences “, “Atmospheric and Hydrospheric Sciences”, “Human Geosciences”, “Solid Earth Sciences”, and “Biogeosciences”. Makuhari Messe Convention Complex in Chiba City has been the main venue for the meeting over 5-6 days in May since 2003.
The 2016 meeting was held in the International Exhibition Hall of the convention center for the first time accommodating the poster sessions in addition to the regular venues (International Conference Hall and the APA Hotel & Resort Tokyo Bay Makuhari). The conference was well attended by 7,240 participants including 363 from overseas (33 countries).
A free-of-charge public session was programmed on Sunday (the first day of the conference) to provide research results for those who are interested in geosciences.
As a late addition to the programme, an emergency session was held in response to the Kumamoto earthquake which struck in April 2016 to raise funds for disaster relief. 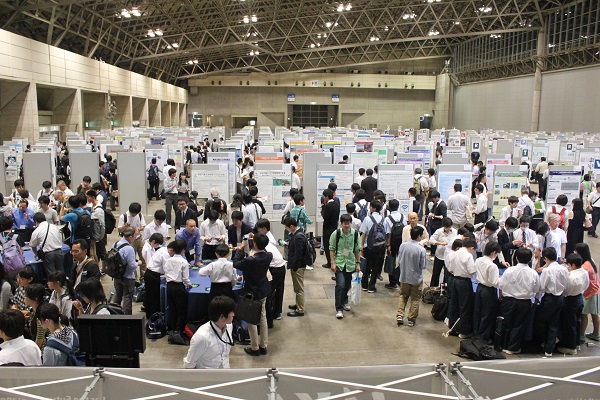 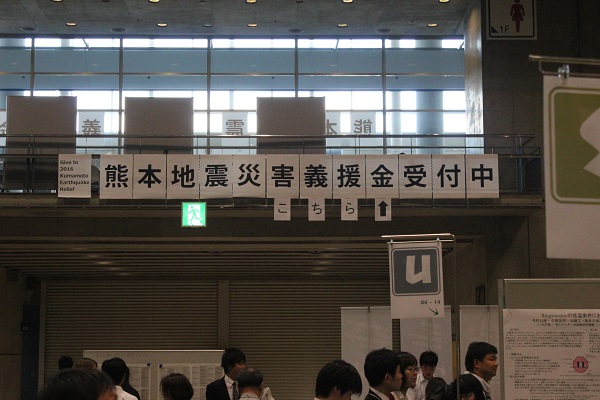 Raising of contributions for earthquake victims

JpGU was established in 2005 as a scientific organization of the earth sciences comprised of approximately 10,000 members of 50 associated societies as well as individual researchers, engineers, students, school teachers, scientific communicator and general citizens. JpGU is a global society and has academic exchange contracts with AGU (American Geophysical Union), EGU (European Geosciences Union) and AOGS (Asia Oceania Geosciences Society) to further advance internationalization and to conduct joint sessions with them. In 2017, "JpGU-AGU Joint Meeting 2017" will be held as the first trial meeting co-hosted by AGU.
Another feature of JpGU is that its members are young whereby graduates and undergraduates occupy 35% of its membership. The meeting offers opportunities for the high school students to publish their research work using the poster sessions and also provide an outreach platform for junior high students. This activity is beneficial in nurturing the future scientists in an environment where there has been a growing disinterest in science. 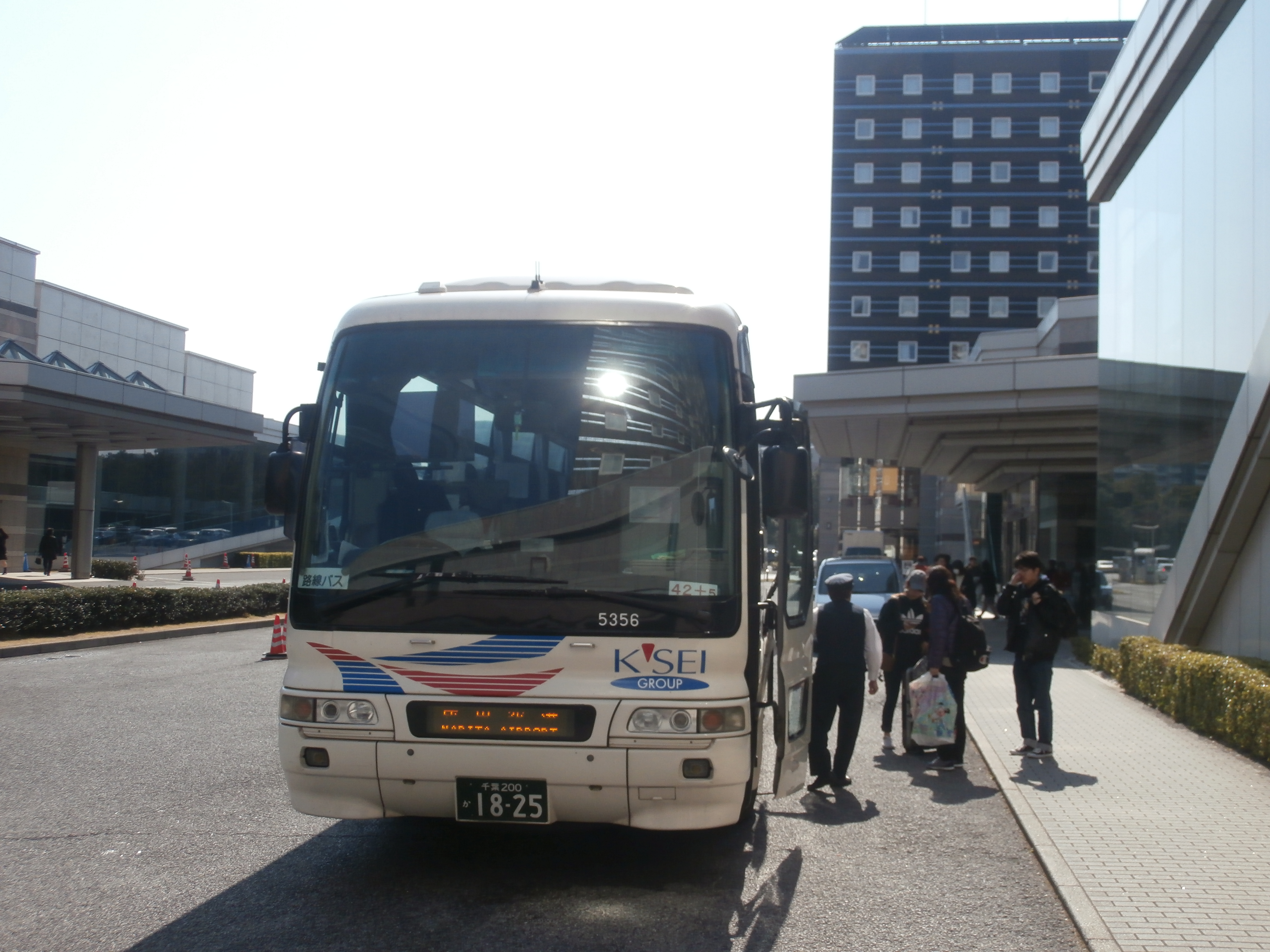 Dr. Yozo Hamano, Chair of JpGU Meeting Organizing Committee commented, “Holding our conferences in Chiba City has greatly contributed to the development and great success of the JpGU. During the last 12 years, the size of the conference has doubled, and the convention center and the neighboring hotel groups were able to cope with the expansion of this meeting. Moreover, it is extremely convenient for the participants from the foreign countries as they are able to arrive at the conference venue and hotels within an hour from Japan’s two major airports, Narita International Airport and the Haneda International Airport. In addition, Chiba’s Boso Peninsula is an interesting area for the geoscience community, which makes the holding of the earth science meeting in Chiba significant and fruitful.”
This enhances Chiba’s convenience as an international convention destination. Chiba Convention Bureau tries to make sure that the organizer is well taken care of. For instance, the bureau helped connect the organisers with the Board of Education of Chiba Prefecture and Chiba City.

For the first time, JpGU and AGU will co-host a joint meeting in 2017.
Chiba Convention Bureau is supporting the organizer in various aspects including subvention, language assistance, recruiting volunteers, and arranging special services at the surrounding restaurants and shops.
The joint meeting will bring the intelligence of the world to Japan and Chiba Convention Bureau is honored to be a part of the event. 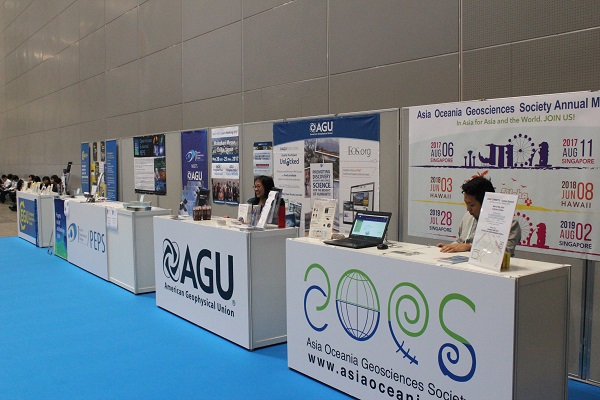